By itself, the word “Rawr” means nothing in the english language. However, the language of social networks is much faster than that of dictionaries and this onomatopoeia has a very clear meaning for many users, especially for the youngest.

“Rawr” is one of the buzzwords on social networks, it is the textual representation of a sound: the  roar of a dinosaur.

But it is not a ferocious dinosaur, like the ones you might see in Jurassic Park, but it is a “kawai” dinosaur or, as you might say in english, a sweet and cute dinosaur.

What does RAWR mean in internet language 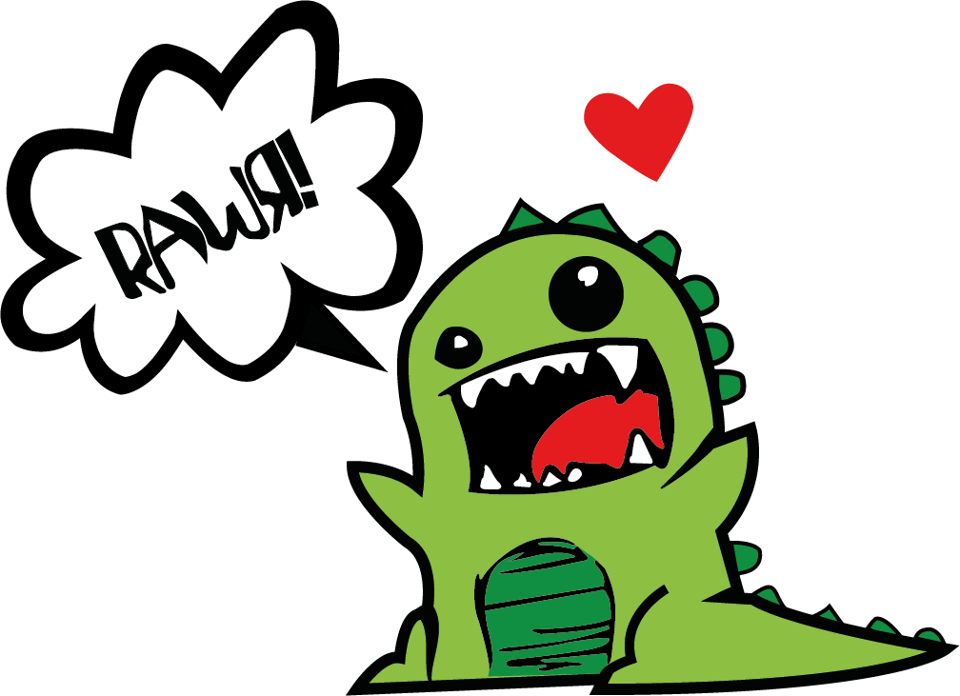 In this sense, “Rawr” is a grunt and its meaning in this metalanguage of networks is “I love you”, but in the language of the dinosaurs.

It is often used when a person pretends to be offended or says they are angry, when they know they are not. It is also often used to reduce tension in an online conversation.

On the other hand, “Rawr” almost always (or rather, always) is used accompanied by the image representing the dinosaur and is quite iconic, as you can see.

The expression gave its name to a messaging app “Rawr Messenger” which relied on communication through emojis and animations. One of the features that made it unique is that, when the user wrote a message, the app translated it into an animation.

To do this, he used customizable avatars, in what could be a strange combination of Sims and Haboo. Hashtags or tags could be used by avatars to perform actions such as dancing, kissing, or “high five”.

The app was originally only available for iOS, but has unfortunately been removed from the Apple Store. A version for Android is now available, but only by downloading its APK, i.e. it is not an official application, so there may be security issues.