We will explain what exactly Dogecoin is, the cryptocurrency that has been in vogue in recent weeks after receiving explicit support from celebrities such as Elon Musk. This type of product is a concept that users with less knowledge may not master, so we will try to make it as understandable as possible.

For this, we will start by explaining what a cryptocurrency is, since Dogecoin is a type of cryptocurrency. So, we are going to tell you what Dogecoin is and its characteristics, and we will finish by clarifying why it has become so popular.

What is a cryptocurrency

Cryptocurrencies are a digital medium of exchange that secures financial transfers using cryptographic methods. These methods are also used to create new units of each cryptocurrency and verify the transfer of assets. They are a decentralized alternative to digital currency, an opposite method to centralized conventional currencies organized by entities and banks.

The concept of this type of currency is a bit ambiguous and to understand it you will need to understand other basic concepts. To begin with,  cryptocurrencies rely on several decentralized computer networks, which are scattered around the world with copies of all the transactions that have been made.

The second concept is that of cryptocurrency mining. Coins are created in computers, the owners of which are known as miners. They have the computer always on to calculate the coins, but with the incentive that every time they generate a new one, this is distributed among those who are part of the miners. That’s why there are those who create “cryptocurrency farms”, teams with many graphics cards that work hard to generate coins and get paid.

Each cryptocurrency has its own algorithm, which manages aspects such as the number of new units that are issued each year. Bitcoin is a well-known example of cryptocurrency and every four years the number of units produced is reduced by two and only a total of 21 million Bitcoins will be issued.

Decentralized computer networks with several nodes are known as blockchains or blockchains. Its blocks or nodes are connected and protected by encryption. Each block links to a previous block, as well as to a date and transaction data, and is by default resistant to data modification.

When you make a transaction, your data is recorded in one block and automatically replicated to the rest. This means that the data cannot be changed or manipulated without changing the rest of the blocks, which is extremely complicated.

The first cryptocurrency was Bitcoin, but many more cryptocurrencies have been created since its success. Some have become famous, like Ethereum, but others have gone unnoticed. And we also have cases like that of Dogecoin, a currency that has suddenly started to be popular for some specific reason or promotion. 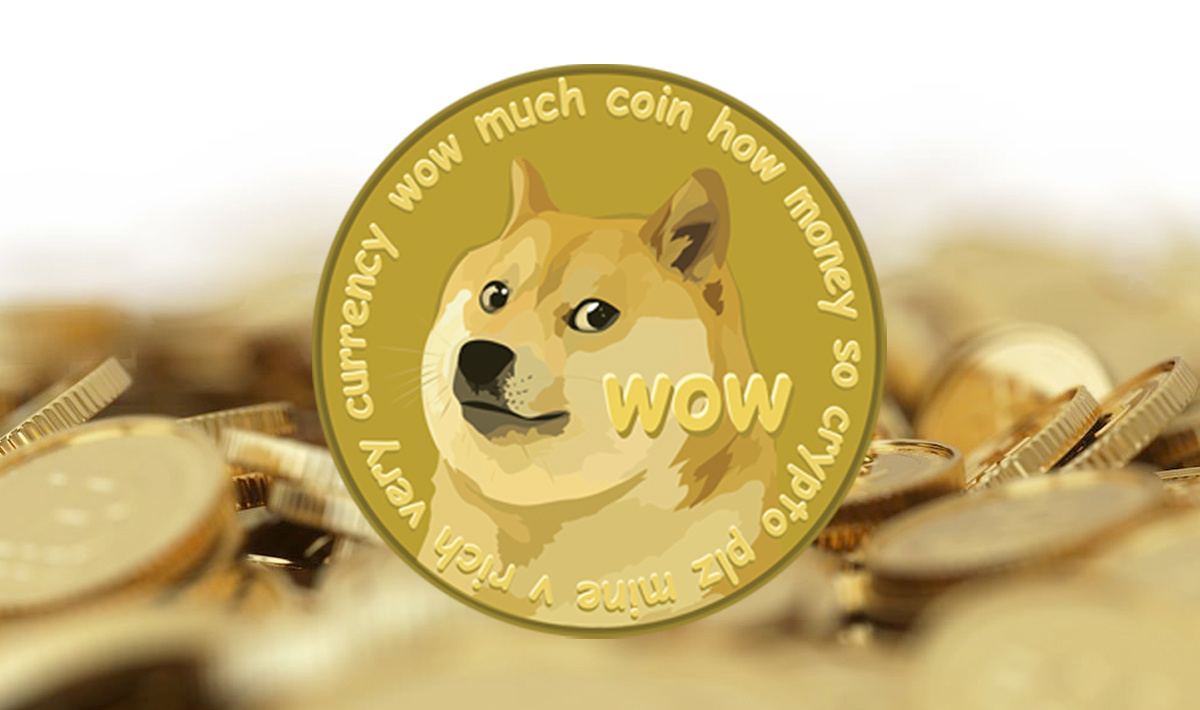 Dogecoin is a type of cryptocurrency born for fun based on a meme. The meme is that of Doge, which became popular in 2013, and consists of a photo of a Shiba Inu dog, to which grammatically incorrect sentences are added. Over time, the meme has evolved, but it’s still a Shiba Inu dog with funny phrases.

Dogecoin cryptocurrency was created in December 2013 by Billy Markus, a programmer and former IBM engineer. At the time, Bitcoin was getting a bad reputation for being involved in black market transactions on the Dark Web, and Markus wanted to create an alternative that had nothing to do with such shady matters. The name of the cryptocurrency comes from the meme and the image of the dog is used in the images with which it is illustrated.

Dogecoin is based on Litecoin and how it works is similar to that of other cryptocurrencies. You need a program on your computer with which to solve the complex algorithms with which this cryptocurrency is mined. Like Litecoin, Dogecoin also uses a cryptographic program called Scrypt, and allows you to mine it faster than others like Bitcoin.

This speed is also in transactions, which means that payments through this cryptocurrency can be faster than those you make with Bitcoin. Furthermore, according to its algorithm, Dogecoin’s theoretical maximum that can be mined is 100,000 million units, compared to Bitcoin’s 21 million.

Dogecoin has become popular in recent weeks thanks to the public support it has received from celebrities. Elon Musk spoke about Dogecoin claiming that it is the cryptocurrency of the people and its value has not stopped skyrocketing since then. He has also received support from musicians such as Snoop Dogg or Gene Simmons of KISS.

As we see in the CoinMarketCap chart , the sudden increase in its value was due to this public support.

Being a small value currency, the growth margin is large, and that’s exactly what happened this past week, when Dogecoin grew by more than 350% and hit a high of 39 cents, when a month ago its price was only five.

This demonstrated a curious phenomenon: popularity is an important factor in cryptocurrencies. The excitement generated by the Dogecoin price hike was fueled, causing more people to take an interest in the coin and buy it. This, coupled with being available on easily accessible platforms like Robinhood, has made Dogecoin skyrocket.

Is buying Dogecoin recommended? Not so fast. Fears that it is a bubble are well founded, since a currency that has been around for so long and doesn’t really offer a solid product shouldn’t have this growth, which suggests that it is only moving out of pure hype. .

With this growth it is undoubtedly possible to make money with Dogecoin, but the danger that it will deflate at any moment is there, so be very careful, as you have to choose the perfect moments to buy and sell.