TV is no longer the only device with which to watch digital terrestrial channels. Currently the means by which we reproduce more multimedia content is no longer television but our smartphones and tablets. And now we can also watch television on the computer.

We can do this easily in different ways, by taking the digital signal with specially designed hardware to connect to the PC, or by using streaming broadcasts on the Internet.

What we will see today are the best programs to watch TV from your computer, with Windows 10 and earlier.

Different ways of watching television from your computer 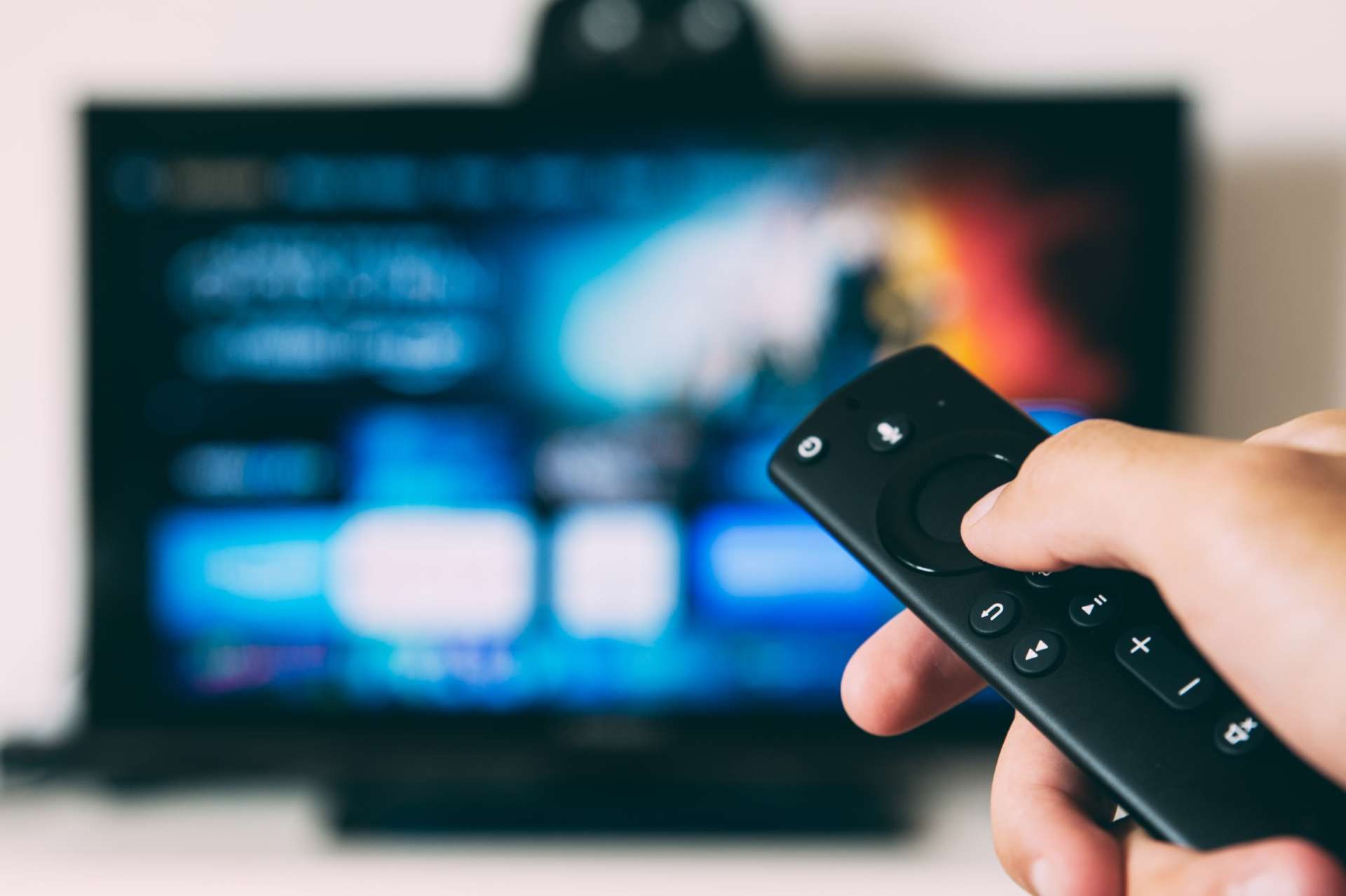 As we said earlier one of the methods for watching DTT is to use specific hardware that can “interpret” the digital television signal. That is, a television signal receiver or a signal decoder or a DTT tuner. These types of devices, available from just 16 euros, are connected via USB to the computer and have the socket for connecting the DTT antenna.

In addition, they have a remote control to change channels, turn the volume up and down and so on. And they require software, which is included, to be able to watch television from your computer. For desktop computers this may be a good option, but not necessarily the best.

The other option, which we will recommend in this article, is to watch TV on your computer over the Internet. In this case there are many options, because we can use streaming broadcasts without software, directly from the web browser, or opt for PC TV programs. That is applications that are specially developed for watching television and which, therefore, have the advantage of bringing together all the channels in the same software, as well as improving the playback experience thanks to its specific and exclusive approach to this task.

Programs for watching television from your computer are video players, but they get content from various sources. The sources of content and therefore their availability depend on the technology on which they are based. We will mainly distinguish between IPTV programs and P2P programs.

Depending on the technology each one uses, there will be differences in transmission speed, connection stability or delay, and also in the availability of content. All these are the factors that we should take into consideration when choosing the best programs for watching TV on the computer.

The best programs for watching TV on your PC

Television has lost importance, and with the advent of smartphones and tablets, currently all – or almost all – television channels broadcast over the Internet, as well as through Digital Terrestrial. Virtually all channels can be found on the Internet with full programming.

And these types of programs, in fact, all they do is take this broadcast and offer it to us in a simpler and more convenient way within the same application. So we don’t have to go from one web page to another looking for direct broadcast through television channels.

Without a doubt, Kodi is the leader in multimedia content on the computer. It was originally called XBMC and was based on the Xbox media center. But it has evolved, it is now called Kodi and is an essential element in any computer.

Kodi is available on Windows – (and on other platforms) and not only does it offer us live television with the corresponding add-ons, but it also gives us access to all kinds of media with the corresponding sources. Kodi not only allows us to watch DTT on the computer, but we can also see the main streaming platforms through specific add-ons or add-ons.

We can watch television, but also photos, listen to the radio, watch series and movies locally and remotely, listen to music and even record video content that we are streaming. In short, it is not just a program for watching TV on your computer, but a complete multimedia center with all kinds of resources and content available at your fingertips.

5KPlayer is another option for watching DTT on your PC due to its ability to use direct IPTV links as well as M3U / M3U8 files. With them it is possible to connect to services that give us access to TV channels and, in addition, we have a very complete media player since it is compatible with 4K UHD, H.265 / H.264, 3D, MP4, MKV, 360° Video, DVD discs and music both in streaming and in MP3, AAC, FLAC and other formats. To reach resolutions up to 8K, it is able to take advantage of the computer’s GPU and, at the same time, keep CPU consumption low.

Along with Kodi, VLC is one of the most popular media players and also one of the main alternatives or options to be able to watch TV on PC. Of course, first of all we will have to get updated channel lists, as we will have to use m3u or m3u8 lists that allow us to play DTT channels via VLC on our PC.

Once we have these lists, the playback is quite simple, what we need to do is open VLC and from the central menu option, we select Open Network Location. The Open Media window will open in which we have to select the Network tab and then paste the URL of the TV channel we want to play. Finally, click Play and it will automatically start playing and we will watch TV on PC.

Megacube is one of the most important programs for watching TV from a computer that we can find. The availability of live broadcasts is maximum and the support the program receives is exquisite. We have two versions, both free and the most complete only requires sharing resources with the community in exchange for benefits such as recording broadcasts. Something that, as we mentioned, is also available on Kodi.

Among the advantages of this software is the possibility to change the player in various formats such as the miniplayer. If we use the full version, YouTube will also be fully integrated, so we will have more content available, and it has an interesting social aspect with the integration of real-time chat with a Google account and the integration of the Twitter social network. The experience it provides, for watching DTT from a computer, is really good.

SopCast is something “special” because it is not based on add-ons or IPTV like the previous ones, but rather uses P2P technology, “Peer to Peer”. That is, on a technological level it is basically like eMule and similar programs.

It uses this technology so that the users themselves share the content among themselves; This implies a good availability of content, but with a stability and speed in transfers that depends on the number of users who are sharing and the quality of the connection they use.

It is one of the best options we will be able to find to be able to watch television from the computer. But you have to take this into account above, and also that it doesn’t have a built-in player but depends on third parties. Therefore, this is an advantage as long as we can use the player we want and have installed on the computer, but a disadvantage because we will have to use other programs to be able to fully use its functions and features.

Again, Ace Stream uses P2P technology, so it’s a similar option to SopCast. Now, it has a feature that differentiates it and makes it a better option if we’re looking for maximum simplicity, that is, it has its own player for video content. And it’s interesting, because the player it offers us is based on VLC which, as we already know, is one of the best options we can find in Windows and other platforms to play video content.

Its design, in general, and the experience that this program offers us for watching television from the computer, are a step above SopCast. And its use is simple, as we only have to access the “Media” menu to find all the contents that we will be able to play on our computer. However, it has the same drawbacks as SopCast due to the use of P2P technology instead of IPTV as is the case with other programs we mentioned earlier.

If for whatever reason you like the concept of Kodi, but don’t want Kodi, then perhaps this is the best program for you to watch TV on your computer. The approach is pretty much the same, with the exception that the program interface design is different and has some limitations. Now, it also offers us the advantages of being able to integrate Netflix, or YouTube, as well as extensive support for content: we can play music and radio, watch television or enjoy series and movies, as well as upload games of all kinds.

Its configuration is more complex than that of most programs for watching TV on the computer that we collect in this article. As with Kodi, it might be a little more difficult to install content sources at first. However, both Kodi and MediaPortal stand out for the huge number of sources we can get. If we don’t just want to watch television, undoubtedly this option and Kodi are essential programs that should not be missing on our computer.

As with Kodi or with MediaPortal, the availability of content in NextPVR depends on how many sources we get and install in the program. There are all kinds of plugins available for this application and its advantage over other options is that it focuses on registration. That is to say, it is the most powerful tool we will find, within this type, if what we want is to use our computer to schedule the recording of live broadcasts. All this while being able to enjoy live TV from your PC, of ​​course, and also third-party services such as Netflix.

It may not be as “powerful” or as complete as Kodi or MediaPortal, but it is a good alternative and, above all, a perfect option if we are interested in recording content. The interface is really simple, even if it lacks a fairly light-hearted aesthetic level, and it has all the functions we need and can expect from an application of this type. It has an additional advantage, and that is that its operation is really light, it does not consume excessive resources on the computer hardware.

Already from the name we can imagine what we will find using the program called IPTV. This application combines two of the most necessary elements when viewing digital terrestrial on the Internet: simplicity and excellent performance.

It is available for Windows operating systems and can be downloaded directly from Microsoft’s official store. It is free for all users, albeit with some limitations. If we want our broadcasts to be ad-free, we will have to pay a small bonus of almost $ 5. In this way, we can also watch DTT in full screen format. Also compatible with M3U and M3U8 files.