Tired of an old torrent website that doesn’t have a movie or song you want to play? Looking for the sites with the most seeders to quickly download your file?

You can easily switch to the most popular and efficient torrent sites that will continue to be widely used by users around the world.

10 popular torrent sites on the web 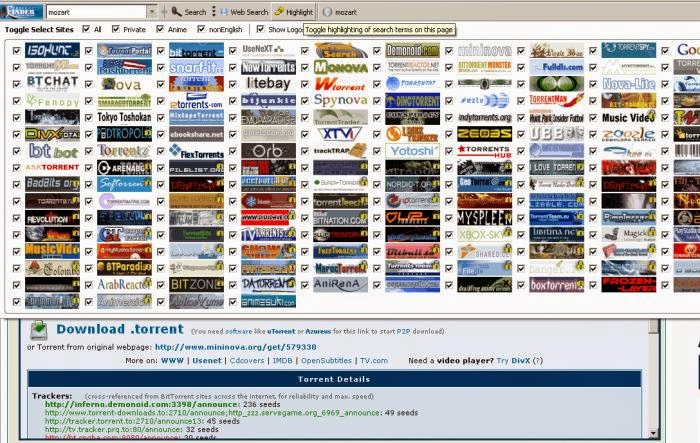 Torrent sites have been losing users in a trend that has repeated over the past few years and has involved sharing P2P networks.

However, millions of users still use them on a daily basis due to their large file distribution capabilities and as an alternative to server-based distribution system.

As always when it comes to these issues, we must make the corresponding legal warnings. Using P2P networks to distribute content is absolutely legal, but sharing copyrighted files without permission on their networks is as illegal and penalized by law as doing it by other means.

Torrent Freak has published the updated ranking with the best torrent sites to search and download torrent files.

The Pirate Bay continues to dominate the charts, followed by KickAssTorrent and Torrentz but there are also some interesting news.

So let’s go see the 10 most popular Torrent sites on the web:

For many people The Pirate Bay is synonymous with BitTorrent. The site was founded over a decade ago and is still expanding.
The site has resisted any attempt to close or block it and remains an unassailable bulwark to this day, confirming itself as the most complete and most visited torrent portal thanks to its one billion page views per month!

Founded in 2009, this site quickly climbed the rankings to second place.
Despite the blocking of internet providers in the UK and Italy, users still manage to access the site thanks to various tricks.

Search engine by torrent. Unlike other sites on the list, Torrentz does not host any torrent files, it just redirects visitors to other torrent sites.

ExtraTorrent is another site that has quickly climbed the ratings among users, attracting the attention of the Motion Picture Association of America and other copyright champions.

Born in 2011, until last year few had heard of YIFY but today this portal, specialized in films and videos of all kinds, has been able to reach the “headlines”, thus earning by right a block of ISPs throughout the UK!

This site specializes in the distribution of TV series of all kinds and genres.
Punctually at the release of each TV series, it records dizzying peaks of visits.

This site looks more like a community than a pure and simple torrent search portal.
Present for many years at the top of the ranking, it is blocked by all the major ISPs in the United Kingdom.

IsoHunt.to is new: opened in October 2012, it is a clone of the site that closed last year, after reaching an agreement with the MPAA and agreeing to pay 110 million dollars in compensation.
Even if the managers deny any affiliation with the old site (I would really like to see!) Isohunt copies exactly the design (and contents), repeating its success with millions of page views every month.

BitSnoop currently indexes 21,479,793 torrents and grows hand in hand with the attention that the various major copyright holders reserve for it ….

The other newcomer in the top ten is RARBG, which enters the rankings for the first time.
It owes part of its popularity to the fact that it has not (yet) been blocked by UK Internet Service Providers.

In the event that one or more of these websites is blocked or unreachable, here you will find a guide with 5 methods to solve the problem:  How to access the Blocked Sites.