WhatsApp already allows you to change the speed of audio sent or received in chats. It will no longer be necessary to resort to third-party applications to be able to speed up the application’s voice messages: just use the native function of WhatsApp to play them at 1X, 1.5X or 2X speed.

First of all it should be noted that this function is displayed in WhatsApp automatically, first reaching the beta version of the app and then most users.

Therefore, in case you don’t see this feature in your voice notes, make sure your WhatsApp is up to date. If the feature still doesn’t appear, be patient, it will eventually reach all users of the application.

Also, you should know that WhatsApp has implemented this new feature in all its versions, so it is possible to speed up audio in both WhatsApp for Android and its iOS version.

Of course, we can also change the speed of voice notes in WhatsApp Web and in the desktop version of WhatsApp, both on Mac and Windows.

How to speed up audio messages on WhatsApp 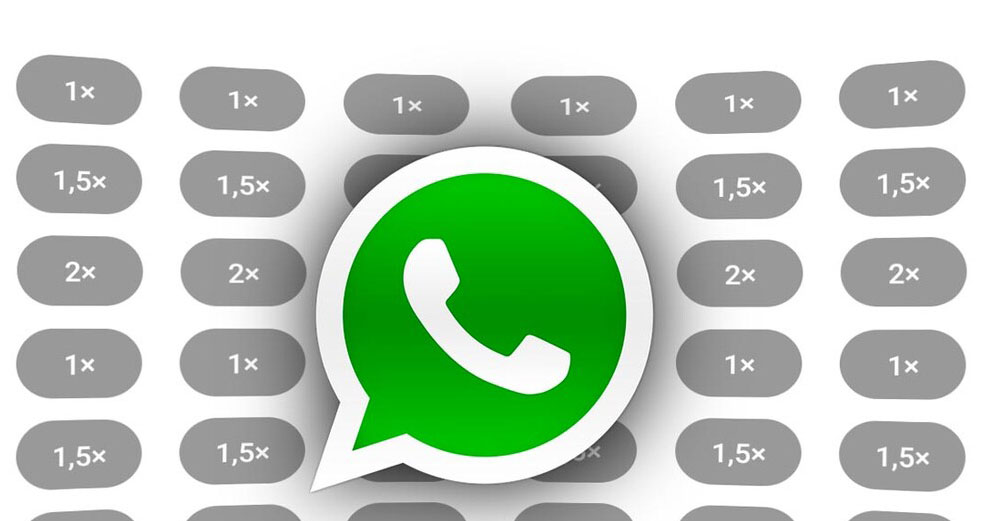 This new feature will be visible when you start playing an audio. At that moment, we will see a small button located on the right side of the audio note showing “1X”.

Tapping it will change the speed of the audio note to 1.5X. And when you press it again, the speed will increase to 2X and the sound will play twice as fast. If we tap a third time, the audio will return to its original speed.

It is worth mentioning that WhatsApp offers the ability to speed up both received and sent audio. You just have to start playing a voice memo and tap the corresponding button to change its playback speed.

Likewise, it is important to know that the speed of the audio is the same for all voice notes. Once the speed is set, all voice memos will be played at that speed, even after closing the application or turning off the phone.

This is an extremely useful feature for saving time, especially when listening to particularly long audio notes.

Now we just have to wait for WhatsApp to finish perfecting this feature, perhaps taking an example from the advanced functions of Telegram, where, among other things, we can keep the audio in the background while we continue to browse the app.

In case you don’t see the button to speed up WhatsApp audio, there are a number of things you can do to try to force it to show. If for any reason you can’t or don’t want to wait for your WhatsApp to update, try the following:

Restart the app. If your WhatsApp is already up to date and you still don’t see the button to speed up the voice notes, our advice is to force the app to stop and also delete the data from the WhatsApp cache. You can perform this process by going to the “Applications” section of your Android phone and searching for WhatsApp.

If all this doesn’t work, we can only give you one last piece of advice: be patient. If you have a more or less recent mobile phone and make sure you update your applications frequently, the audio acceleration feature will end up appearing by itself on your WhatsApp.