In this guide we will see how to disable the touch function of the mobile phone to avoid touching the screen by mistake.

Temporarily turning off your Android’s touch and locking the screen is very useful while watching a video and you don’t want to risk accidentally going out. There are several such apps on Google Play if you are looking for something like “Touch Lock”. I’ve tried a few and basically they all work similarly.

They block any touch that is made on the mobile phone screen, so that it has no effect. So you don’t have to worry about accidentally touching it while watching a movie on Netflix, Play Hub or Movie Plus. Or if the little one in the house is watching a YouTube video and you don’t want him to accidentally come out and start crying. 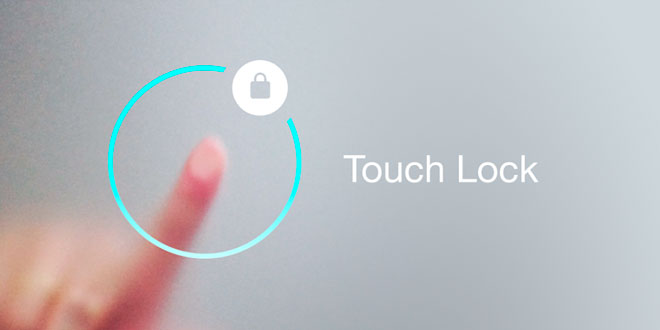 For example, a good app for this task is Lock my Touch, from developer Brink Technologies. In addition to temporarily disabling the touch screen, this application can also disable the phone’s touch buttons (home, back) and also the physical volume buttons, although the latter two features are disabled by default and must be enabled in the settings. The only button you can’t disable is the power button (for obvious reasons).

Once the application is activated, simply slide the notification panel and tap the Touch Lock notification to lock the touch. To unlock it and return to normal screen functionality, double-tap the transparent virtual button on the screen. Virtually all applications of this type work this way.

Among the particular features of this app is the one that allows you to choose in which applications you will have the possibility to block the touch. It also lets you use your fingerprint to unlock it. All of this works for free in the app.

I’ve also tried other similar apps, like Touch Lock. It works in a very similar way to the previous one, that is, by blocking your notification and unlocking from a virtual button on the screen. In this case there is no application selector, because once activated, the touch screen is locked in any application. Also, you need to purchase the PRO version to lock the navigation buttons and fingerprint protection.

The Touch Lock – disable your touch screen app also works like the previous ones. In this case, in addition to being able to lock the Android touch and unlock it in the same way, you have the option of blocking access to the notification panel. However, I didn’t find the option to unlock the lock using the fingerprint reader here.

Finally, I want to mention the Touch Disable app. Although this app has a similar operation to the previous ones with the ability to make the screen black (to save battery) and a blue light filter (presumably to protect your eyes), it does require permission to see your notifications, something that you shouldn’t need it because there is no option here to protect calls like in the previous case. Notification access is risky, and you should only grant it to apps you trust.

These are probably the best apps to lock the touch screen on Android. They all work in a very similar way. The idea is that such a touch blocker will help you avoid accidental changes on the screen. For example, accidentally hanging up a video call. It is very useful for children while watching videos or other content.