Millions of fake images circulate every day on messaging services and social media. How to avoid being deceived? It is often difficult to recognize whether it is a real image or one that has been manipulated.

There are many retouched photographs that are sent by WhatsApp or through social networks and which end up becoming a hoax that is difficult to stop. To help you identify fake photos, we will provide you with a number of tricks you can use.

We live in the age of technology but not everyone knows how to use it with good results. We hope that once you learn one of these methods, no one, no matter what social network or site it comes from, will be able to make you believe that a photo is real, when in fact it was created and edited with Photoshop.

The quickest and easiest option to recognize a fake image 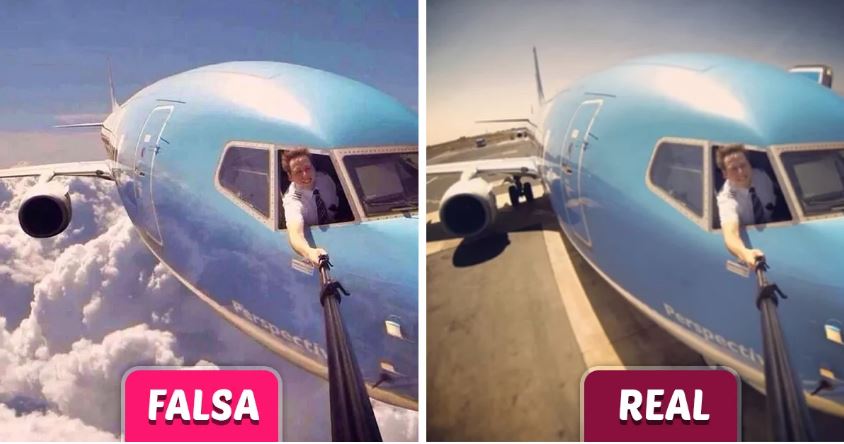 Pictures are often posted out of context to illustrate events that didn’t happen that way. For example, using a photo of a violent demonstration to “denounce” the excesses of another actually peaceful demonstration.

The process of searching for a photo on the web to find out if it has been published previously is called a “reverse search”. This is the easiest way to find out if an image has been misused. There are several tools that allow you to do this. Perhaps the most comprehensive is RevEye, which works as an extension for Chrome and Firefox browsers and searches through various image banks on the web. Google Images also has a similar function. We can do it from the computer, by right clicking on the image in question and then on the “Search by image” option.

On the mobile we just have to hold our finger on the image in question and, in this case, the option will appear, but with the name “Search with Google Lens. In a few seconds we can see if there are other similar photos on the Internet.

A good first clue to whether a photo has been taken out of context is the absence of specific details. A general image, showing a large space, will always be easier to extract from context than an image in which specific faces or details appear. If you want to know what places should be in the photo, you can go to digital maps like Google’s.

The search engine that finds your image

Another method we have at our disposal to recognize fake images on the Internet is based on a search engine created specifically for this.

His name and website are  Tineye.co. From the web we can upload images or do a search with the URL of the image.

In a few seconds we will be able to know if it is a unique image or if it has been modified or, if it is an image that appears on other websites.

Analyze the metadata of the photos

For the photographs that are sent to us via WhatsApp, we can use online tools that try to help us know everything about the image we have received and that allow us to discover it has been modified.

Thanks to Fotoforensics and Forensically Beta you can upload a photo and these 2 websites will point you to several irregularities, if they exist. Interpreting the results correctly requires some specific knowledge of images, but both sites also offer quick guides for proper use.

We will have access to different sections, although what interests us most is knowing the metadata, which are the ones that will give us the information of the camera or mobile phone with which the photograph was taken.

At this point we can also know the date and place where the image was made. In this way no one can deceive us and we will be able to recognize false images from WhatsApp or from any messaging application.

Five questions to know if an image is fake

Unfortunately, there is no foolproof formula for knowing if a photo is fake. Verification is an exercise that requires patience and skill, as the information needed to do so changes from case to case.

Sometimes you can use an internet search that can confirm what is seen in the image: if there is a celebrity doing something weird, it will surely appear on their social networks. At other times, environmental conditions can provide clues, similar to how it works with video. If you check the weather or the geography of the place where what you see is supposed to have happened, you will be able to know if the photo has been modified or not.

Finally, you need to remember an old saying: when in doubt, refrain from sharing.