Normally our laptops, notebooks and computers are equipped with some key shortcuts and functions which are easy to access via our keyboard, these keys are identified because they are missing a letter, they are usually multiple letters or indicate a special function that these keys allow you to perform as shortcuts or actions to activate our laptop’s modes.

However, like almost everything in a computer’s BIOS, it can be altered, modified or disabled through methods that are fairly simple and effective at the time of its implementation.

If you are reading this post, maybe it is because you are tired of the mythical message of the special keys, also called sticky keys, which skips every time you press the shift key five times. It is particularly annoying if you usually play shooters, as it is very common to use this key to perform or other functions. The same when using applications that use this key.

Do the special keys serve any purpose?

These keys have existed from the earliest versions of Windows and still remain in the latest versions such as Windows 7, Windows 8 and Windows 10.

Its usefulness is questionable enough for most people, as they serve to improve accessibility when performing several keyboard shortcuts for which you need to press multiple keys at the same time. This function allows that instead of having to press them all at the same time, they can be pressed one after the other. In this small guide we will see how to disable them. Let’s list them briefly

It works in conjunction with the keyboard lights on the right side, turning them on or off each time it is pressed. If the light is off, the alphabetic keys will appear in lowercase and if it is on, they will appear in uppercase.

The function of this key is to lock or unlock the functions of the numeric keys located in the right area in the case of an expanded keyboard.

There are two keys with similar functions, but this changes the action of the alphanumeric keys when pressed simultaneously. In the case of letters, it is used to write in uppercase (in case the uppercase letters are not blocked).

In the case of numbers and punctuation marks, if this key is pressed together with the numbers, the marks drawn above the numbers will appear. It also changes the function keys. For example, pressing Shift + F10 will open the context menu for the selected object.

It modifies the operation of some alphanumeric keys, thus allowing to obtain the special characters marked in the lower right part of the keys.

There are also other types of commands that include the Ctrl key, in this case if we press three keys   Ctrl  + Alt + Del    we tell the software or the operating system that it must perform a certain operation, such as starting a session or interrupting a function.

How to disable special keys on windows 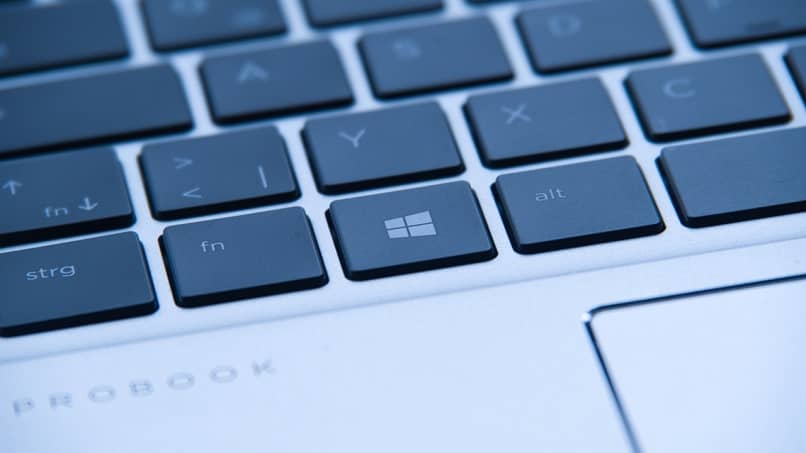 You can disable the keys in two ways:

If you’re using Windows 7, Windows 8, or Windows 10, you simply need to press the Shift key five times in a row until the Special Keys window pops up. In the window, click  “Go to Ease of Access Center to disable the keyboard shortcut” .

Then, in the Ease of Access Center, you need to uncheck the box that says “Enable special keys when Shift key is pressed five times”.

In case you are using Windows XP, think that it is time to switch to another higher version, but if you insist on using it, after pressing the shift key five times, you have to go to  “Settings”  in the window that appears. Next, go to Settings and uncheck the “Use shortcut” option

If you are using Windows 7 or some other higher version like Windows 8 or Windows 10, you should go to: Control Panel -> Ease of Access Center. Here, below, you have to access the section  «Facilitate the use of the keyboard»  .

In the Facilitate keyboard typing section, you can uncheck the box for the “Enable special keys” option    if you want to disable all accessibility features for special keys.

If you want to disable only the shortcut for capital letters, you have to click on  “Configure special keys”  and here, uncheck the box that says  “Enable special keys when the Shift key is pressed five times  .

Advantages of having special keys enabled or disabled

Many consider it absurd to have them activated because objectively these keys do nothing but hinder some keyboard modes such as the functions of the F1 to F12 keys.

It can happen when we are playing or working, it can become uncomfortable that when we unconsciously press two keys we end up opening a window or deactivating or activating a Windows function in such a way as to end up deconfiguring some things or even limiting our computer to some functions.

However, a number of users defend that the special keys are quite useful if we can learn the commands that Windows offers us, helping us not to get lost when we want to search for a window, an option or end up in a totally different path to which we want so it is one of these Windows options that can be very useful.

And this is all. I hope you have been useful.