Training helps you to type faster on the keyboard, but for this you will have to practice. For example, with the following online games.

Despite the touch screens, typing is still a good ally for typing faster in front of the computer. Its theoretical foundations, such as the correct position of the hands on the keyboard, will help you type at a faster speed.

However, in order to write faster you will also need some practice, that is to train every day. Also, if you spend a lot of time typing on the keyboard, you have probably improved a lot over time and will place each finger on the corresponding key automatically.

Be that as it may, on the internet you will find online games with which to put into practice what you have learned in your typing lessons or simply to practice your fingers by typing as fast and accurately as possible.

How to become fast typing with these online games 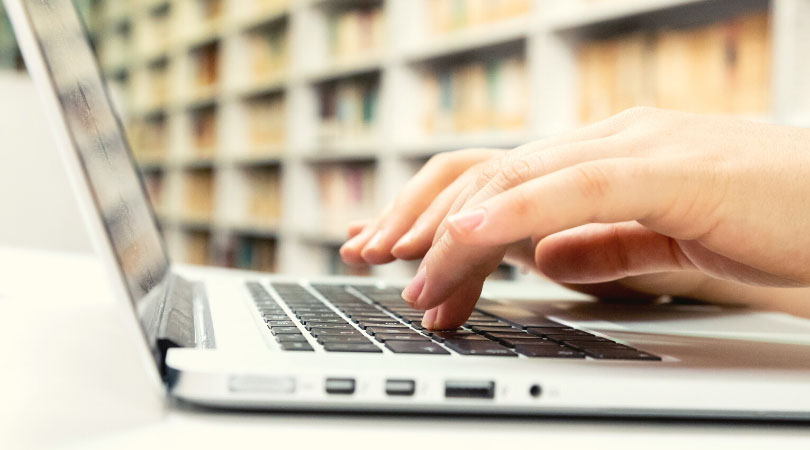 TypeRacer is an exhilarating game that is all about competing in typing speed with other people on the internet. The speed is measured in words per minute and must be demonstrated with texts in english and respecting spelling, spaces, capital letters and other signs (errors do not penalize but do not allow “progress”).

It’s a good idea to get some practice before you start running seriously, so there is a “test” mode to get used to. A fun aspect that gives it some excitement is that the “races” are visually displayed, like the classic “horse races” of the fair.

Matchmaking round after round seems to be designed so that opponents are easy at first but then match you up with people of higher and higher level, so the competition curve is great for avoiding getting bored and improving. The texts to type are phrases from famous works or even films (in one of them I was called Blade Runner).

We started with a typing site that offers various online games. It’s called Typing.com and it has seven games for you to practice typing while having fun.

Each game has a different way of applying typing. In zombies, for example, you have to write words to kill the undead before they devour you. What all of these online games have in common is that they offer various levels of difficulty and which keyboard lines or types of words you want to display on the screen.

While having fun you will practice with the three rows of keys on the keyboard or you can write easy or difficult words, numbers or letters. Another advantage of these online games, besides being free, is that you don’t need to register to play them.

You will also find online games to play for free on FreeTypingGame. Specifically, nine different games that, while they don’t stand out for their graphics, will surprise you with how fun they are.

To practice the typing lesson you want, you can decide the difficulty level and if you want to use the three rows of keys, all letters, only the left half of the keyboard, only the right to play with the words that are usually misspelled or words in other languages.

In online games you will find car races, a Space Invaders with words, a game to test your typing speed and beat your best score, etc. So up to nine games to practice typing.

Although only available in English, KidzType offers up to 20 online games for children and babies. The games stand out because they allow you to learn typing from its basics while playing from the web browser.

Fights, races, flights and other activities to write faster as you pass levels or get the highest scores possible. And in order not to overcome the difficulty, in the previous configuration you can choose the level of difficulty or if you want to use all the lines of the keyboard or practice with one of them.

In the words of the makers, these online games are designed for kids of all ages and for all types of keyboards. All in all, anyone can play them and have fun while practicing correctly placing their fingers on the computer keyboard.

If you like shooting games, in ZType you will find a good tribute to this genre of video games where to shoot against enemy ships you have to spell the words correctly.

The game is in English but can be used in all languages ​​by loading any web page from which the game will get the words for the matches. The first few levels will show you short words. But gradually things will get complicated, so you will have to make an effort to write faster to avoid destroying your ship.

The game is free, online, and as a curiosity, you can enter your text so that the words appear at random. Then you will play by practicing typing in your language or any words you prefer.