In this guide we will explain how to get skins in Fortnite for free without using tricks so as to avoid being banned from the game.

Fortnite is a very popular video game, which over time has positioned itself as one of the most played, becoming a topic of pop culture.

It is constantly updated and each patch adds numerous items for players to use. These include new or salvaged weapons, but many of us are interested in skins. As a general rule, you need to spend coins to get these cosmetics, which not all of us are willing to do.

Through the following tutorial we will teach you how to get skins in Fortnite for free. This will help you change your character’s appearance within this popular game.

What are skins in Fortnite 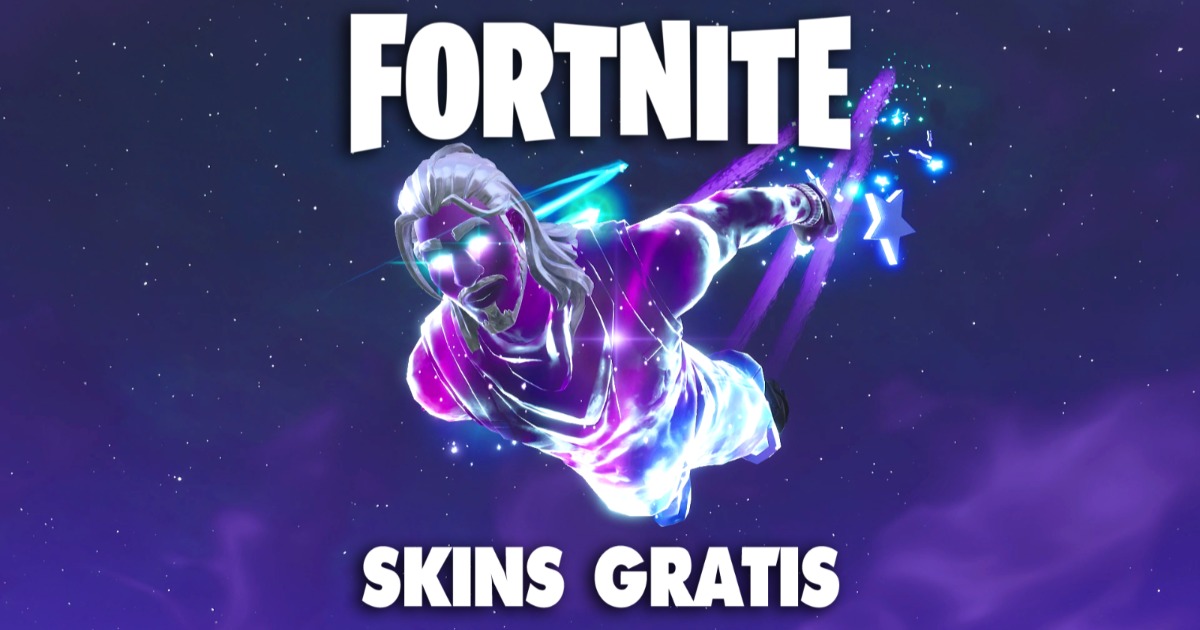 Fortnite is one of the most popular video games of the moment, for years it has offered a very fun space in which anyone can play for free. In any case, as a business strategy, Epic Games focuses a lot on aesthetic improvements, which in many cases translate into skins.

But what are Fortnite skins? Fortnite skins are cosmetic improvements, specific to our characters in the video game. We could say that a skin is the general appearance of the character we control and in Fortnite there are a large number of them. It is important to know that dresses or dances are one of the things found in the Fortnite store.

How to get skins in Fortnite for free

If you want to improve your character’s appearance within Fortnite, then it’s best to use a skin. Surely you are wondering how can I have all the skins in Fortnite? Read the following information, as we will show you how to get free skins without paying.

Get the battle pass

One of the most effective ways to get skins in Fortnite is to get the battle pass. Certainly the battle pass has a cost, which currently translates to 950 V-Bucks (the currency of the game) however, by getting the battle pass, you will secure several skins if you continue to play constantly.

The Battle Pass provides around 8 skins each season, making it one of the best alternatives in case you want to get skins within Fortnite. Likewise, it should be noted that the Battle Pass also provides other cosmetic improvements.

Keep in mind that if you don’t want to spend any money, you can get the Battle Pass if you save money, as the free Season Pass will give you 200 to 300 V-Bucks. If you have a lot of patience, in a few months you could have the necessary amount to buy the battle pass and in this way get different skins. You can also return or refund the skins if you regret your purchase.

In most cases, the platform from which it is possible to obtain the aesthetic improvements of the Fortnite video game is Amazon Prime. Therefore, as we have pointed out earlier, we recommend that you keep an eye on any offers that may appear on this platform.

Twitch is a well-known platform among video game players, through which people can stream live while playing video games like Fortnite. That said, the company usually does some promotions related to these video games.

It is quite common for Twitch to do promotions related to the Fortnite video game, which in most cases results in getting free skins. If you want free skins for this popular Battle Royale, we recommend that you pay close attention to the Twitch platform.

Epic Games often launches themed events and challenges to further win the hearts of their fans. It is essential to be prepared for popular celebrations so as not to miss any opportunity. In addition to having unique and fun competitions, you will have the chance to win rare and special items such as skins created for the event. One of the most recent and emblematic was Valentine’s Day, the #ShareTheLove event.

If you have a PlayStation 4 at home and are a PS Plus member, Epic Games usually offers free packs for Fortnite. For example, in 2018 the Commemorative Pack was launched which included a design for the hang glider and a very particular specific suit.

However, it is important to be careful. The free offers the company offers to PS4 players are a great way to get free skins from time to time! Just make sure you don’t keep your PS Plus subscription active.

On top of all this, keep in mind that each country can end up benefiting from different packages. For this reason, some skins may be available for you but not for others. PS Plus users residing in Italy may not have the same packages as those in Spain, the United States or Brazil.

How to get Harley Quinn’s special skin

Starting next April 20, Epic Games will include the new Harley Quinn revival skin in Fortnite through its collaboration with DC.

Epic Games, has announced a very special new collaboration with the house of DC Comics, and that is that both the video game company and the comic company have presented the limited edition series.

Batman / Fortnite: Zero point consisting of six issues that will begin to be published on April 20, 2021. One of the novelties of the premiere of this collection is the arrival in the game of the new special skin of the Harley Quinn rebirth.

Harley Quinn’s new revival costume will be one of the new skins coming to Fortnite thanks to the promotion of rewards from the Batman / Fortnite: Zero Point comics. Basically, this Harley Quinn revival skin can be obtained for free in-game by redeeming a promo code. Namely, each of the physical copies of Batman / Fortnite: Zero Point will include a code inside to get the skin.

Specifically, the first issue of the Batman / Fortnite: Zero Point series will include a code to redeem Harley Quinn’s rebirth in Fortnite.

This first issue will be launched on April 20, 2021 in the United States, Germany, Italy, Mexico, Brazil, Spain and the Czech Republic.

You can now get the Neymar Jr. skin in Fortnite

It is possible to get Neymar Jr skins in Fortnite Free by completing their challenges and missions, available from Tuesday, April 27, 2021. In this section of our guide we tell you how to get the Neymar Jr skin for free.

In addition to these, there are 5 other rewards that are unlocked (like other secret rewards) by completing epic missions:

The football characters are  NPCs scattered all over the island, but the safest place to find one is  the Pleasant Park football pitch.